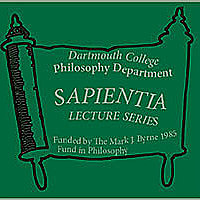 Abstract: "Arthur Danto famously said that 'We erect monuments so that we shall always remember, and build memorials so that we shall never forget.' What is the relationship between memorials and memories? And what explains the political disputes about memorials? Philosophers have primarily examined memorials from aesthetic and political perspectives. I suggest we can gain a new understanding from contemporary cognitive science.

I will draw on two recent research programs. The first, sometimes called '4E cognition,' says that cognition is not just in the brain, but in brain-body-world interactions. We shape the world to include material anchors for cognition, and those material anchors in turn shape our thoughts. The second, sometimes called 'mental time travel,' says that that there is a psychological continuity between remembering and imagining. Our memories involve not just make-believe games about the past, but the future too.

In a slogan, my proposal is that memorials are material anchors for mental time travel. The political disputes arise from the differences between make-believe games about the past that people want to play, and the default prescriptions of the material anchors themselves. Claudia Rankine said that 'our imaginations are creatures as limited as we ourselves are. They are not some special, uninfiltrated realm that transcends the messy realities of our lives and minds.' Sometimes, we need to imagine differently to remake the world. But sometimes, we need to remake the world to imagine differently."

Shen-yi (Sam) Liao is associate professor of Philosophy at the University of Puget Sound. He works on socially-engaged cognitive science, and is interested in how minds interact with social reality. In practice, this broad interest gets him to explore connections between imagination, cognitive architecture, values, art, and more. While he is here at Dartmouth, Professor Liao will also meet with Professor Christie Thomas' PHIL 80.25 class, "Imagination."

The Sapientia Lecture Series is underwritten by the Mark J. Byrne 1985 Fund in Philosophy.