A Black President Will Not Save Us: Prophetic Politics & the Future of the Race 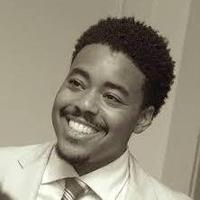 "A Black President Will Not Save Us: Prophetic Politics and the Future of the Race"
Terrence Johnson, Georgetown University

Free and Open to the Public

President Barack Obama received unprecedented political and personal attacks from both sides of the political aisle during his two-term presidency. Some of the most vehement and damning criticisms came from elite Black male academics. As we approach the 25th anniversary of the publication of The Future of the Race, essays by Henry Louis Gates, Jr., and Cornel West, I return to the short volume with a public meditation on the Talented Tenth, politics and the spiritual dilemmas facing Black (male) academics.

Terrence L. Johnson is an associate professor of religion and government at Georgetown University, where he has joint appointments in the Department of Theology and the Department of Government. He is an affiliate member of the Department of African American Studies. Johnson is also a faculty fellow at the Berkley Center and serves on the executive committee of the Program for Jewish Civilization. His research interests include ethics, political theory, African American religions, and religion and public life. He is the author of Tragic Soul-Life: W.E.B. Du Bois and the Moral Crisis Facing American Democracy (2012) and serves as co-editor of the Duke University Press Series Religious Cultures of African and African Diaspora People. Johnson is completing a manuscript tentatively titled We Testify with Our Lives: Black Power and the Ethical Turn in Politics, which explores the decline of Afro-Christianity in the post-Civil Rights Era and the increasing efforts among African American leftists to imagine ethics and human rights activism within Black politics. Johnson holds a B.A. from Morehouse College, an M.Div. from Harvard Divinity School, and a Ph.D. from Brown University.