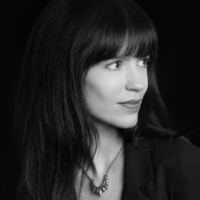 “Unique and vital…Witches of America is a seeker’s memoir told through a quilted veil: a collection of strong, journalistic profiles of several fascinating American practitioners of the occult. Through these witches, priests and necromancers, Alex Mar surveys the history and modern practice of various forms of witchcraft in America, while investigating her own longing ‘to be disturbed, shaken into believing.’”  – The New York Times Book Review (Notable Book of 2015)

Alex Mar is a writer based in her hometown of New York City. Her first book, Witches of America, was a New York Times Notable Book of 2015 in non-fiction, a New York Times Editors’ Pick, among The Millions’ “Most Anticipated Books” of 2015, one of The Believer's “Favorite Books” and Huffington Post Books’ “Most Notable” of 2015, and a Marie Claire “Top Book-Club Pick.” Some of her recent work has appeared in The Believer, Wired, New York Magazine, The New York Times Book Review, The Guardian, Elle, Tin House, The Oxford American (where she is a contributing editor), and The Best American Magazine Writing 2018. She was nominated for a 2018 National Magazine Award for Feature Writing, and her stories were included in both Longreads’ and BuzzFeed’s “Best of 2016” year-end lists. She is also the director of the 2010 feature-length documentary American Mystic, now streaming on Amazon. Mar is currently at work on her second non-fiction book.

Alex Mar will be reading in the Sanborn Library at Dartmouh college the evening of Thursday, January 31st, 2019, beginning at 4:30pm.

The Sanborn Library can be found on the first floor of Sanborn House, 19 N. Main Street Hanover, NH 03755.

This event is free and open to the public. Light refreshments will be provided, and Witches of America will be available for purchase courtesy of the Norwich Bookstore.