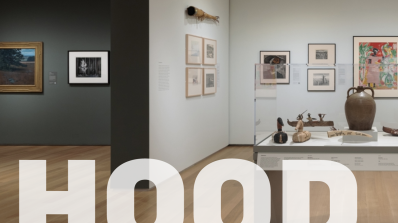 The Hood Museum of Art

The Environmental Humanities presents a lecture by digital artist Tamiko Thiel on her Augmented Reality work "Evolution of Fish" on the intersection between digital technology, visual art, and ecological awareness, Thursday, May 12, 5:00 to 6:00 pm.

The Environmental Humanities present a lecture by digital artist Tamiko Thiel on her Augmented Reality work "Evolution of Fish" on the intersection between digital technology, visual art, and ecological awareness, Thursday, May 12th, 5:00-6:30 pm, in Kemeny Room 008.

The digital installation "Evolution of Fish" will be also available via an AR application (downloadable on Dartmouth campus) as well as on display in the walkway space between the Hood and the Hop from Monday, May 5th, to Sunday, may 15th.

Tamiko Thiel (b. 1957) is a digital artist who works with an array of New Media techniques including AR, VR, video installation, net art and digital 2D and 3Dprint.  She is fascinated by the interplay of space, place, the body and cultural identity.

After completing her Bachelor's studies in Product Design Engineering, Thiel initially worked as a design engineer at HP, before returning to study Mechanical Engineering Design at MIT. During her time there, she spent much of her time in precursors to the Media Lab, exploring new visual techniques that blend Digital Art, technology and design. In the late 1980s, she achieved acclaim for her role as Lead Product Designer on supercomputers Connection Machine CM-1/CM-2.

She relocated to Germany in 1985 to complete a degree in Studio Art at the Munich Academy of Fine Arts, developing her practice as a New Media artist. Her career has spanned three decades, using the possibilities of Digital Art in inventive and inspiring ways. Notable projects include a collaboration with Steven Spielberg, Starbright World, AR interventions at the MoMA and Venice Biennale and Unexpected Growth, a digital installation, commissioned by the Whitney Museum in 2018 and is now in its collection.

Evolution of Fish seeks to playfully engage the public in a very serious threat to ocean ecosystems: ocean borne plastic waste. When users open the Evolution of Fish artwork in the ARpoise app, they find themselves surrounded by colorful schools of fish. Users can guide the fish around their own real environment - but the more they intervene in the virtual ecosystem, the more the fish turn to plastic garbage. The only way users can eliminate the plastic and restore the fish is by being very, very still for several minutes - leaving the ecosystem time to regenerate itself.

Viewing instructions  for Evolution of Fish: 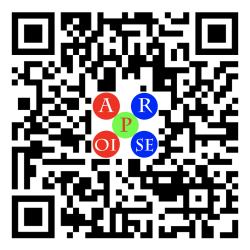