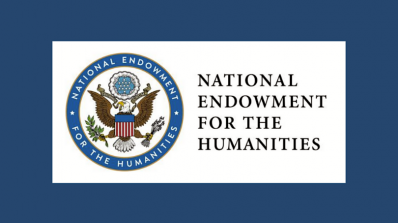 National Endowment for the Humanities

Professor Matthew Delmont (Dept. of History) is the recipient of a 2020 NEH grant for his project, Half American: The Epic Story of African Americans Fighting World War II at Home and Abroad.

Congratulations to faculty member Matthew Delmont, the Sherman Fairchild Distinguished Professor of History, for receiving a 2020 grant from the National Endowment for the Humanities (NEH). Delmont's project was one of 224 grant recipients from across the United States, selected for exemplifying "the spirit of the humanities and their power to educate, enrich, and enlighten," as said by NEH Chairman Jon Parrish Peede.

Delmont's project title is Half American: The Epic Story of African Americans Fighting World War II at Home and Abroad. For Black Americans WWII was about not only America's standing in the world, but also about how much actual freedom would exist in the United States. Black troops were at Normandy, Iwo Jima, and the Battle of the Bulge. They fought bravely in combat and they formed the backbone of the United States military's supply effort, enabling the Allies to fight and win a global war. They did all of this while fighting in a segregated military. Black veterans returned from war and kept fighting white supremacy at home, fueling the civil rights movement. The history is important because more than seventy years later, the questions WWII raised regarding race and democracy remain unanswered. Delmont tells this inspiring and troubling story of bravery and patriotism in the face of unfathomable racism. Half American will be published in 2022 by Viking Books.

Delmont's book speaks to the NEH's current initiative, "A More Perfect Union", intended to advance civic education and commemorate the nations 250th anniversary. The NEH writes: Under "A More Perfect Union," NEH welcomes consideration of diverse topics in American history, from Native American culture to rural life to the rise of the industrial city, from the Civil War to the Cold War to the Civil Rights movement, projects that examine foundational documents in U.S. history, etc., as well as projects that examine historical objects, places, traditions, events, and individuals who collectively shaped our states and nation.

The Leslie Center for the Humanities wishes congratulations to Professor Delmont on his NEH grant and for his contribution to the furthering of humanities education.

For further information regarding the National Endowment for the Humanities and upcoming grant application opportunities, follow this link: https://www.neh.gov/