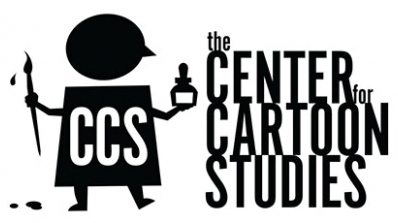 Round Two of Cartoonist Dispatches

Cartoonists Seth and Melissa Mendes join the Center for Cartoon Studies for short interviews on the craft of cartoons, working from home and staying connected.

Seth is the cartoonist behind the comic book series Palookaville, which started in the stone age as a pamphlet and is now a semi-annual hardcover. His comics have appeared in the New York Times Magazine, Best American Comics, and McSweeneys Quarterly. His illustrations have appeared in numerous publications including the cover of the New Yorker, the Walrus, and Canadian Notes & Queries. He is also Lemony Snicket's partner for the new Young Readers series, All the Wrong Questions, and has illustrated and designed a new, deluxe edition of Stephen Leacock's Sunshine Sketches of a little Town. He is the designer for several classic comics reprint series, notably collections of work by Charles Schulz, John Stanley, and Doug Wright. Seth lives in Guelph, Ontario, with his wife Tania and their two cats in an old house he has named "Inkwell's End."

In 2010, Melissa Mendes received a Xeric Grant to publish her first graphic novel, Freddy Stories. Mendes has drawn comics with the Ladydrawers for Truthout.org and Bitch Media, and illustrated a chapter book called Jack Strong Takes a Stand for Roaring Brook Press. Her comic Lou was published in 17 issues by Oily Comics. Currently, she is drawing a series for Belt Magazine titled Harvey and Me, written by Anne Elizabeth Moore, about her adventures with Harvey Pekar. Her most recent personal project, The Weight, is an epic family saga set in rural New York state, spanning from the 1930s onward. The story is inspired by her late grandfather's life. Melissa Mendes lives and works in Adams, Massachusetts, not far from where she grew up.

These Cartoonist Dispatches are brought to you by the Center for Cartoon Studies in White River Junction and The Leslie Center for the Humanities at Dartmouth College.