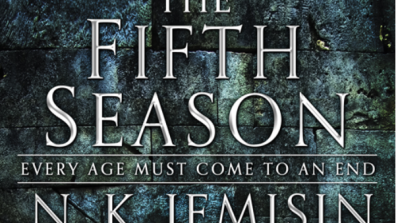 N. K. Jemisin is an author of speculative fiction, short stories and novels. In 2018, she became the first author to win three Hugo Awards in a row for the novels comprising her Broken Earth Trilogy (Orbit Publishing).


"…N.K. ­Jemisin's intricate and extraordinary world-­building starts with oppression: Her universes begin by asking who is oppressing whom, what they are gaining, what they fear. Systems of power stalk her protagonists, often embodied as gods and primeval forces, so vast that resistance seems impossible even to contemplate. When escape comes in her novels, it is not a merely personal victory, or the restoration of a sketchy and soft-lit status quo. Her heroes achieve escape velocity, smashing through oppressive systems and leaving them behind like shed skins." -The New York Times

N.K. Jemisin is currently one of the best known and respected science fiction and fantasy writers in the world. In 2018, she became the first author to win three Hugo Awards in a row for each novel of The Broken Earth Trilogy, The Fifth Season (Orbit, 2015), The Obelisk Gate (Orbit, 2016) and The Stone Sky (Orbit, 2017). Jemisin has also won a Nebula Award, two Locus Awards, and a number of other honors. She recently published her first collection of short stories, How Long 'til Black Future Month (Orbit, 2018).

Jemisin will speak at Dartmouth College, Wednesday, October 23rd, 2019 at 6:00pm in Dartmouth Hall Room 105. This event is free and open to the public.

Further information relating to this event is available at the Dartmouth events page: https://news.dartmouth.edu/events/event?event=56465&listing=1#.XZtNrSV7l0I