An enthralling musical journey spanning centuries and continents from our resident pianist. 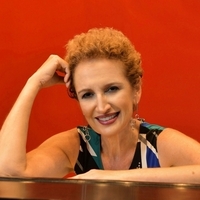 For her solo performance at the Hop this fall, Pinkas flexes her repertoire muscle. She starts in 19th century Europe with Johannes Brahms' masterpiece, the expansive Variations and Fugue on a Theme by Handel, Op 24, and follows with selections from Debussy's evocative Préludes, Book I. We are then transported to early 20th century Brazilian art music with pieces from two of its most important figures: Heitor Villa-Lobos and Francisco Mignone. Pinkas finally ties the present to the past with Dartmouth's own Richard Beaudoin's "La fille floutée", a 2010 work based on a historic performance of another Debussy Prélude "…La fille aux cheveux de lin."