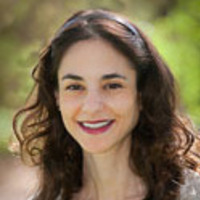 There are two problems commonly associated with the idea of human freedom.  One is the problem of determinism.  The other is the problem of fatalism. The common wisdom is that these are two different problems. One has to do with physical laws, the other with time. One can be a fatalist without being a determinist, and one can worry about determinism without being moved by the fatalist arguments. I will discuss a connection between these two problems that comes into focus in the setting of classical physics. The connection has to do with a link between determinism and totality, on the one hand, and totality and a transcendent view of time, on the other.  I will explore this connection and say what I think it suggests about the right way to understand this whole cluster of issues.